Becoming an Emcee, a Master of Ceremonies, is a difficult and important job. Many of the skills it takes to be a good public speaker also apply to people who want to become a good Emcee. But the job of an Emcee is a little more tricky. You have to work closely with the event host, to make sure the event runs smoothly from the stage.

If you are new to becoming an Emcee, it can feel daunting and scary to get up on the stage and guide the audience through the event. Follow these tips and advice to make your role as Emcee go smoothly, so you can really call yourself a true Master of Ceremonies.

The Emcee has a personal relationship with the speakers.

It is not enough for an Emcee to simply walk on stage, read some notes on a card provided by the event manager, and hope that the speakers will just “do their stuff.

A good Emcee has a personal connection to the audience, and to the speakers on stage. The audince can feel the connection. So the Emcee must spend time to genuinely build a connection between the speakers.

A great way to do this is to make sure that you, as an Emcee, work hard to spend the time getting to know the speakers. A great way for an Emcee to do this is to arrange face-to-face meetings with each of the speakers, and get to know them in advance. Ask them about what they will be presenting on stage. Ask them about any difficulties they may have. Find out if the speaker is nervous, or calm. Does the speaker have any areas of their talk where things could go wrong?

If the Emcee can’t arrange a face-to-face meeting with each speaker, a skype call or video call could work. Also make sure that the Emcee is familiar with the speakers style, by watching videos of previous talks. Sometimes a speaker can change their personality between onstand and off stage, and a good Emcee has to be ready for this.

The best Emcees will arrive to the event early, and watch all the rehearsals, using that time to build up rapport with the speaker. By sharing a joke, or finding common ground, the Emcee can put the speaker at ease. This relationship will also show the audience a genuine connection when the Emcee asks questions. It also allows the Emcee to introduce the speaker with authentic warmth.

Good event organisers know just how important the warmth and connection of their Master of Ceremonies really is. Typically they will arrange a dinner, drinks session, or other pre-event gathering of all of the speakers. This is a great time for an Emcee to connect with the speakers, find hidden nuggets of information and begin interesting conversations.

The Emcee introduces the speakers in a clear and eloquent way.

A good Emcee has to introduce the speakers to the audience. But a Master of Ceremonies will know that the audience has done their homework. Chances are, audience members will already know about the speakers from the events website, and brochure. Perhaps some of the audience will be incredibly familiar with the speaker.

So for a good Emcee, it’s not enough to simply read out a bit of biography blurb from the speakers website, or peruse their linked in profile.

The best way for an Emcee to introduce a speaker is to craft an introduction that combines 3 different elements.

Blend in some of the facts that people already know with smaller, personal details that they may not know. Then, use this to set the mood for the talk.

Emcees need to watch rehearsals or read scripts to get a feeling of the upcoming talk. Is it funny? Then the Emcee needs to get the audience ready to laugh. Is it controversial? Then the Emcee needs to remind the audience to keep an open mind? Is there distressing content? Complicated content? Ground breaking and innovative content? The Emcee must set the scene for the emotional mood of the talk.

The Emcee should then end with a clear, consistent line, that gives the cue for the speaker to enter the stage. It should also be presented with enough emotional clout to instruct the audience to applaud.

A strong “Ladies and Gentlemen, please give a warm round of applause for our next speaker: Entrepreneur and Author – Joe Bloggs” – gives a very clear indication of what is happening next.

If you are a new Emcee, remember that many speakers, no matter how experienced, may have a small amount of stage fright. The Emcee’s intro is the last thing the speaker hears before walking out onto the stage. So if it is wrong, it can completely throw off the speaker. A good Emcee always checks their introduction text with the speaker, to make sure they are 100% happy with it.

The Emcee protects the show when things go wrong.

One of the hardest tasks for a Master of Cerimonies to deal with is taking command of the show when things go wrong.

There can be all kinds of technical errors or mistakes that happen during a live show. It is the Emcee’s job to reassure the audience that everything is under control, and smooth over the mistakes.

There are two very different mistakes that the Emcee must prepare for in advance.

How the Emcee prepares for a minor mistake.

Minor mistakes are anything small, that would take between 30 seconds and 5 minutes to fix.

Typical minor mistakes are sound issues, powerpoint failures, technical errors, a speaker getting locked in the bathroom and missing their cue, anything like that.

In these situations an Emcee should first acknowledge the problem. If something has gone wrong, the audience will know. So there is no point trying to hide it. The Emcee should be honest with the audience, and explain the nature of the mistake. Here the Emcee builds empathy and gains forgiveness from the audience.

Next, the Emcee should celebrate the problem. If the microphone is broken, give a big cheer for the sound engineer. If the powerpoint stops working, give applause to the technical team. Celebrate the hard work of the people who made the mistake. Share a little joke, share some applause. A good Master of Ceremonies reminds the audience of all the hard work that goes into making an event run smoothly. When a mistake happens, it shows just how hard this work is. Celebrate the failure.

Finally, the Emcee should be able to maintain momentum. A good Master of Ceremonies always has an activity planned that can be used at a moments notice to fill in 5 minutes of time. Try to create an activity that can work even if there is a sound problem or lighting problem. A good Emcee may play a small game with the audience, have a mini-interview planned, or have a personal story that they may want to share. Prepare a strong 5 minutes of content that you can use in any situation.

How the Emcee prepares for a catastrophic mistake.

A catastrophic mistake is anything where the show must be stopped, and the audience must leave the venue. This rarely happens, but a competent and professional emcee must be prepared for everything.

The Emcee should work with the event host in advance to establish a clear signal, and the Emcee should craft a short, polite and calm line of text telling the audience how to evacuate the room. The emcee should mention what exits to use, if they should take belongings with them or not, and that an evacuation should be quick-but-calm.

Make sure that your event host, security team and fire team have text that an Emcee can use if an evacuation is needed.

The Emcee tells (and shows) the audience how to behave.

One of the most overlooked aspects of an emcee’s job is to literally tell and show the audience how to behave.

This happens in two ways.

The first is by straightforward instructions, or as some emcees like to say “House Rules” established at the start of the event. These may be simple things like no smoking, or no flash photography, or there may be more complicated and unusual ways you want your audience to behave. The event’s Audience Experience team will be able to tell the host if they want to encourage or discourage any particular behaviour.

The second way is a little more subtle. The audience will look to the Master of Ceremonies and will mirror his or her behaviour. Therefore, if the emcee wants the audience to clap, the emcee should begin a small clapping action to start the applause. If the Emcee wants to see a standing ovation, a small hand gesture should be enough.

A strong emcee will be able to control the audience with tiny gestures that give small clues to the audience on how they should behave. A nod, a glance, a look, a wave, the waggle of a finger – if well timed – can be enough to master an entire audience.

Good luck on your journey to become a master Emcee. 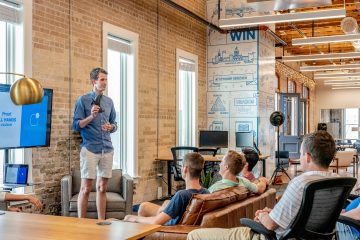 Over the past 5 years, I have had the unique chance to work with some of the top speaker coaches in the world. I watch how they work, learn from them, and improve my skills Read more… 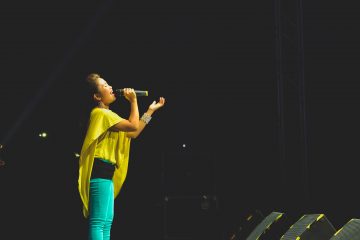 How to gain confidence in public speaking 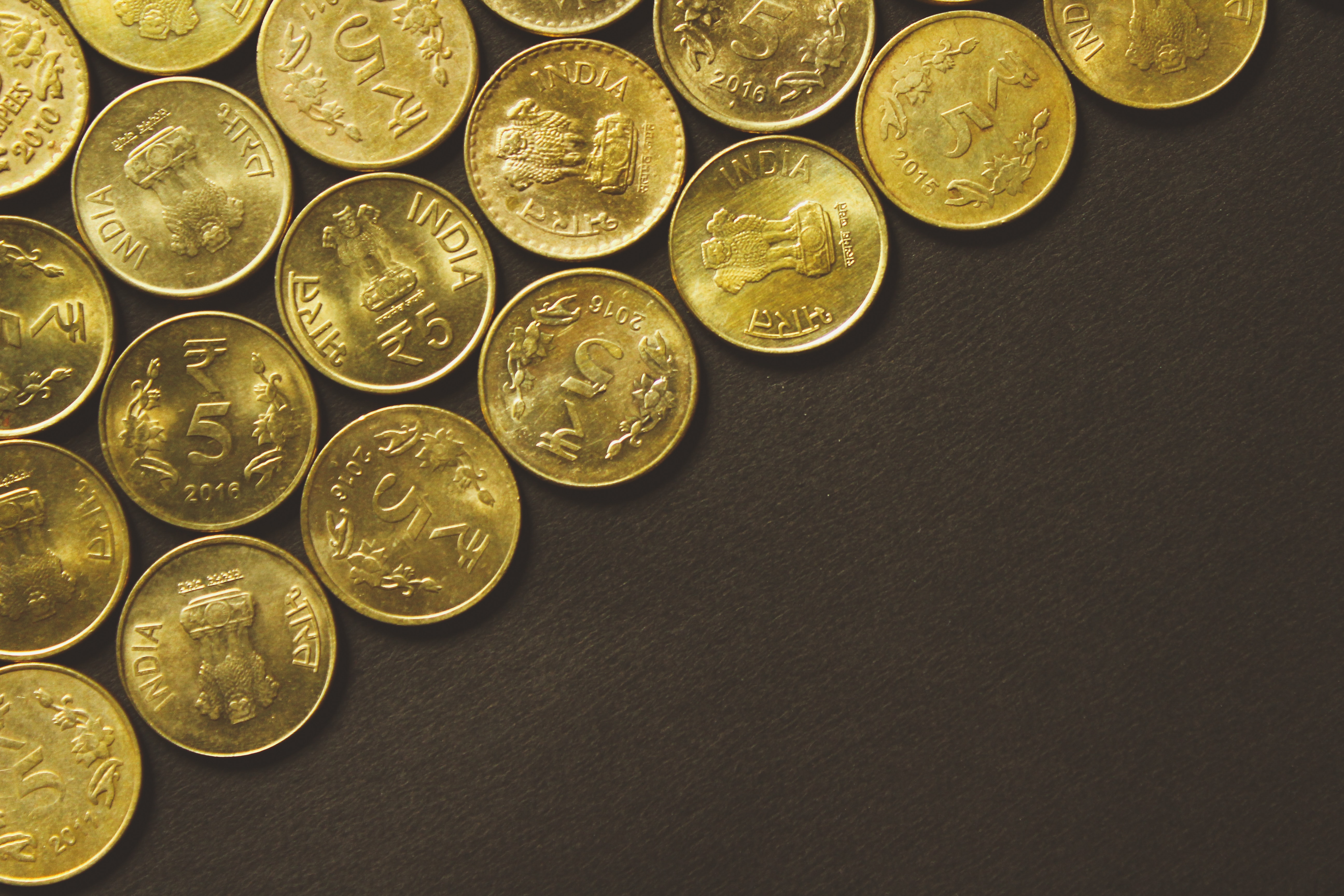 When should I speak for free?

Public speaking is an interesting and often confusing business. Some big name celebrity speakers charge thousands for an after dinner speech. Other, brilliant storytellers may struggle to make a living as a professional public speaker, Read more…